How Love Island is Boosting the Cosmetic Industry

The nation’s favourite reality TV show is back on our screens once again, only this time in the middle of winter and not summer. Over the years, the show’s appeal has grown to the point where ITV have felt it necessary to air the show twice throughout the year, with the winter series taking place in South Africa, and a luxury villa in Majorca in the summer.

Once again, the introduction of Love Island to our screens has seen young people flood off Netflix to watch live television again, and it’s ITV2’s most successful show, with the current series’ opening show attracting 4.8 million viewers. But amid all the bikinis, cocktails and drama, a revelation about many of the contestants has begun to influence the British public.

Cosmetic treatments are on the rise amongst young British people, and Love Island is said to be part of the cause. Every day, it seems like another “before” photo of a Love Island contestant showing their pre-cosmetic look surfaces and does the rounds, astonishing everyone with the shocking difference between what they look like now in the villa. Is this obsession with getting the Love Island “look” influencing people to seek out cosmetic treatments?

Aesthetic Treatments: A One-Way Ticket to the Villa?

It’s no secret that many of the contestants on the current and previous series of Love Island have had cosmetic procedures. Everything from rhinoplasty to breast augmentation, lip fillers and anti-wrinkle injections have either been confirmed by the contestants themselves or been speculated on by experts after observing the trending “before and after” photos.

Current Love Island star, Shaughna Phillips, has quickly won over the hearts of many viewers with her straight talking ‘down-to-earth’ demeanour and inspiring weight loss story. Over the last 4 years, Shaughna has been on a dramatic weight loss journey, which has helped to ensure she quickly became a fan favourite in the villa. Despite fans of the show showing their admiration for the Love Island star, there are some who are questioning just what cosmetic procedures and surgical procedures she has had done to further enhance her look. Experts are suggesting that Shaughna may have undergone some rhinoplasty work to sculpt the shape of her nose, it also looks like some enhancements have been made to the lips and some Botox work has been carried out. 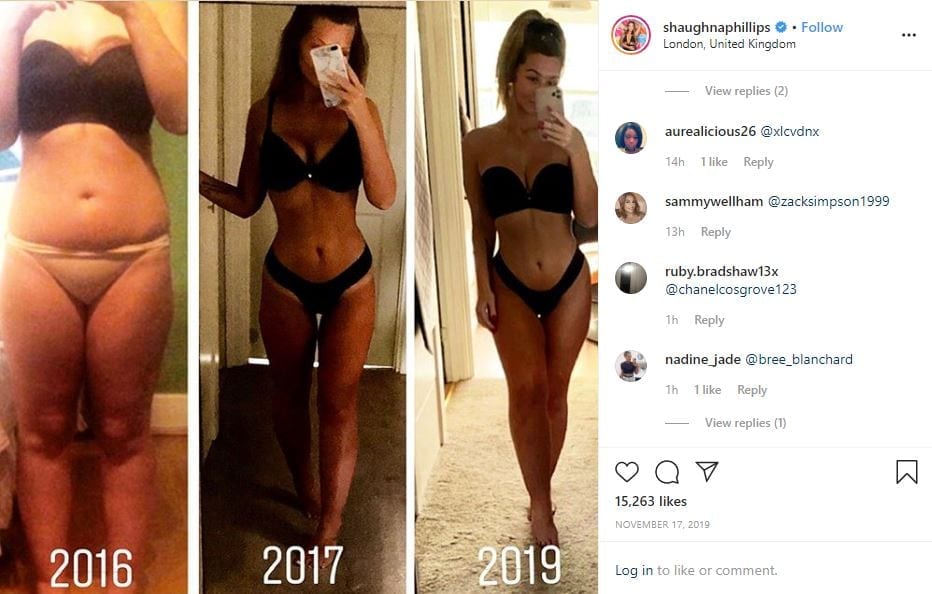 Last year’s contestant, Maura Higgins, was placed under intense scrutiny for her “before and after” treatment as photos began to circulate showing her from her school days, highlighting the incredible transformation. Her lips have been a considerable talking point, with a photo from 2012 showing her to have much thinner lips than she is currently sporting, leading to the claims that she has had lip fillers. However, the star’s mum has fervently denied that her daughter has had any surgery done outside of the lip fillers.

Previous contestant Megan Barton-Hanson was also put under the spotlight when her “before” photos surfaced, showing an unbelievable transformation which included having her ears pinned back, breast augmentation and rhinoplasty.

There seems to be an unwritten understanding that, in order to have a chance to appear on the show, cosmetic treatments are a must.

The stats don’t lie; the British public is obsessed with seeing how the Love Island contestants looked before their treatments. According to Google, the search terms for “before and after” relating to Love Island has increased 100% in the first week that the show aired, with a spike of searches relating to the twins who entered the villa, Jess and Eve Gale, and even searches for  “Maura Love Island before and after” increasing despite her featuring on the previous season of Love Island. This data further highlights just how much interest there is in the surgery and cosmetic treatments the Islanders are getting before they enter the villa.

The show appears to be influencing people’s decisions to undergo cosmetic surgery, either to achieve the Love Island “look” for themselves or so they have a chance to head to the island themselves. A 22-year-old nursing student from London went under the knife for breast augmentation, in the hopes of looking like her Love Island idols; another young woman spent £15,000 on breast lift, breast reduction and a bum lift all in a bid to make it on this year’s series of Love Island, only to have her application rejected. 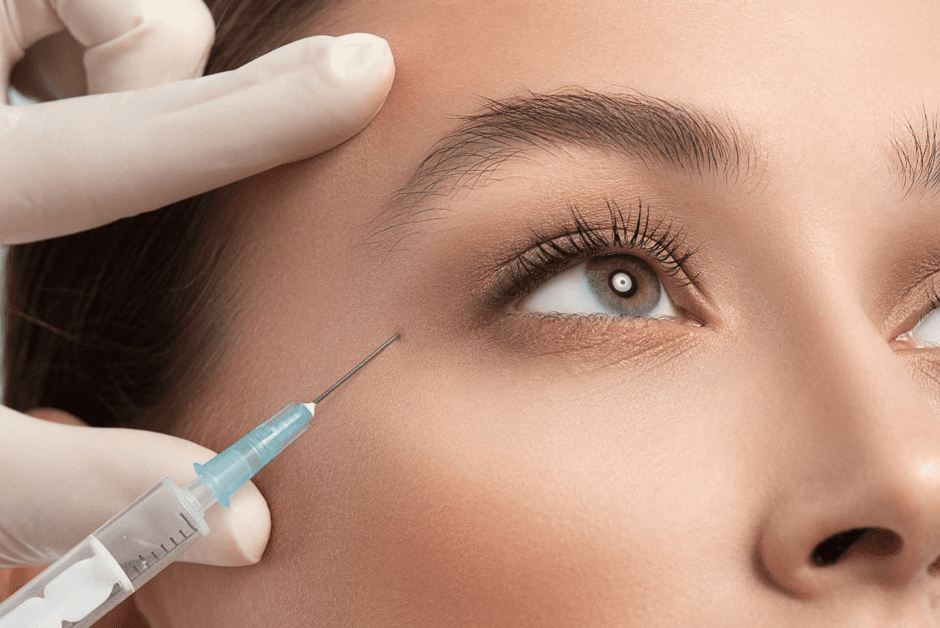 The “Love Island effect” doesn’t just seem to be affecting a small minority of individuals; the average age of women going under the knife has dropped from 42 in 2012 to 37 in 2018, making it the youngest it has ever been. Research from BBC Radio 5 Live discovered that watching just a couple of episodes of Love Island increased the likelihood of 18-34 years olds to consider lip fillers by 11%. Research from BAAPS (British Association of Aesthetic Plastic Surgeons) shows that breast augmentation is up 7% when compared to the previous year, with rhinoplasty up just 1%. Although, a clinic in Manchester reported a 200% increase in demand for this procedure following Megan Barton-Hanson’s entrance into the villa two years ago.

A poll conducted by VICE UK found that 59% of 51,000 respondents believe that getting lip fillers are comparable to getting a haircut or manicure, which was a particularly worrying statistic, as cosmetic surgery is being normalised to the point where individuals are not fully researching procedures.

Some beauty clinics have been capitalising on the show’s success by offering package deals of anti-wrinkle injections and fillers using catchphrases and slogans from the show to entice fans  into buying. The exclusive deals expire when the series ends and have been criticised for encouraging young people to opt for the procedures without researching them first. One such clinic even featured Molly-Mae on their social media posts, highlighting what specific work she had done to her face and promising that they could achieve the same look.

Megan Barton-Hanson has revealed that cosmetic surgery is “more common than not” in the world of reality TV. She claims not to have realised just how much she would be scrutinised for the amount of work she’s had done, given the sheer about of people on the likes of TOWIE, Geordie Shore, MIC and the Kardashians who have undergone cosmetic procedures. 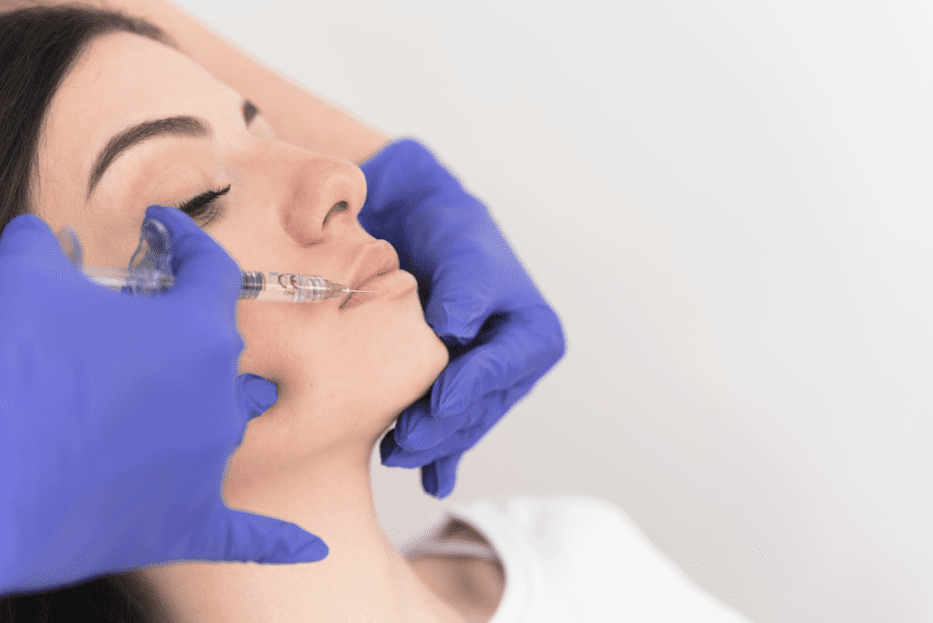 Is This Promotion of Cosmetic Surgery a Good Thing?

Whilst many would be quick to criticise the likes of Love Island unintentionally promoting cosmetic procedures, it can also be thought of in a more positive light. Such a popular show that showcases people who have undergone cosmetic procedures, many of whom are open about the work they’ve had done, could serve to help make those who feel unhappy with their appearance have the confidence to seek cosmetic solutions.

However, it is worth remembering that cosmetic treatments, especially surgeries, are not to be taken lightly. You should always think very carefully before having any procedures, do some research and take time to consider if it’s for you. If you decide it is something you would like to explore further, you can book a consultation with an aesthetic doctor who will be able to offer you guidance on the best course of action.

At our Belfast cosmetic clinic, Guernsey cosmetic clinic and Jersey cosmetic clinic, we always prioritise the health and wellbeing of our patients, so you can relax knowing that you are in safe hands throughout the entirety of any treatments. Contact us today if you would like to discuss any cosmetic procedures, we would be more than happy to advise you.

In today’s society, we can’t go about our day to day business without seeing or hearing about...

The Secrets of Celebrity Contouring

When we talk about contouring, many of us restrict our thinking to the makeup techniques that can...

The Influence of Celebrity Culture on the Aesthetic Industry

From lip fillers to facials, celebrities are becoming a lot more open about the changes they are...

Micropigmentation is an advanced form of semi permanent makeup