Cosmetic Treatments for Men on the Rise

When people think of cosmetic treatments, they may assume that they’re only popular with women. However, nowadays, this is no longer the case. The number of men opting for cosmetic treatments is on the rise, as men seem to be caring more and more about their appearance. 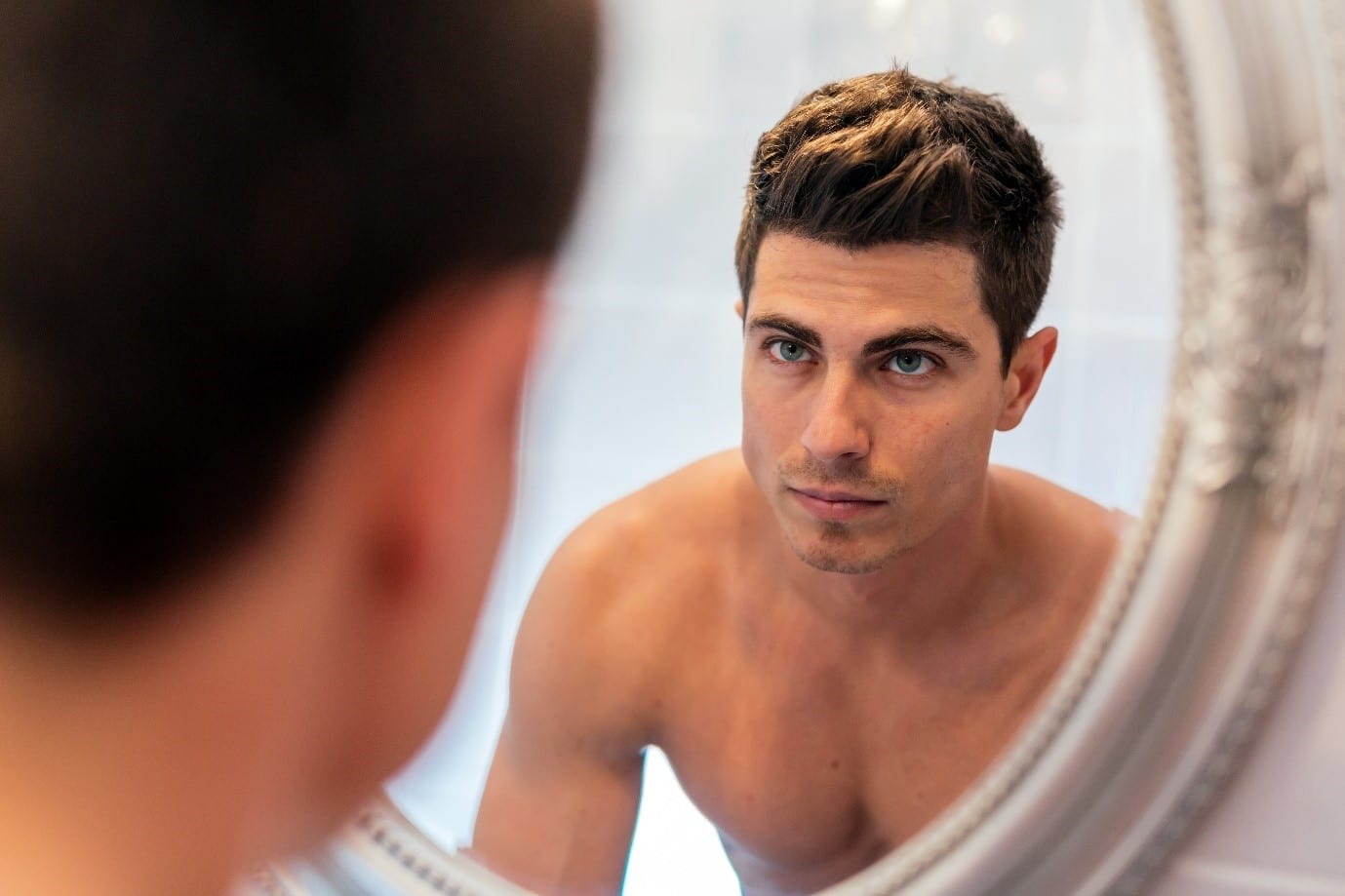 A report from the British Association of Aesthetic Plastic Surgeons (BAAPS) claims that, whilst men only make up 9% of the total number of cosmetic operations in the UK, the number of men undergoing cosmetic work has nearly doubled since 2005. A BBC survey suggests that nearly 50% of men between the ages of 18 and 30 years old “might consider” having a procedure in the future. In this article, we will take a look at the reasons why more men might be opting for cosmetic treatments and some of the most popular procedures for this demographic.

Why Are More Men Opting for Cosmetic Treatments?

As with the increasing number of women choosing to alter their appearance with cosmetic treatments, the cause is being put on the shoulders of the ITV2 reality show, Love Island. This series of the show has already seen the male contestants discuss gym bods and body hair, and it’s clear that the men on the island are dealing with the same kinds of body issues the women are.

Whilst no male contestant has been given the “before and after” photo treatment online in the same way some of the female contestants have, it wouldn’t be surprising to learn that many of the male contestants have most likely undergone cosmetic treatments. Last year’s contestant Niall Aslam opened up about having his ears pinned back and admitted that he had received more female attention after having the procedure done.

The effect is that everyone, men and women, feel the pressure to look “photo-ready” 24/7. Additionally, the landscape around men and personal grooming has shifted rapidly over the last couple of decades. Whilst ten years ago a man may have felt embarrassed by the idea that he wanted anti-wrinkle injections, for fear of seeming vain, today the climate is more liberal in attitudes towards men wanting to take care of their appearance.

Hair loss is a common condition that affects both men and women but is often a source of severe body image issues for men. It is quite common for men to either go entirely bald or for the hair to go noticeably thin as they age. 70% of men experience male pattern baldness at some point in their life; 25% of men start going bald by the time they reach 20. Losing hair can have a considerable impact on a man’s self-confidence.

Hair restoration procedures are incredibly beneficial for those feeling embarrassed and/or distressed by receding hairlines, baldness and thinning. At Aesthetic Skin Clinic, we use the DHI technique, which doesn’t involve a scalpel and is virtually pain-free. Once the hair transplant procedure is complete, new hair continues to grow for life and looks incredibly natural.

Anti-wrinkle injections are also proving to be more popular with men. Designed to treat facial lines and furrows, Botox relaxes the facial muscles that create deep expression lines that age us. These injections are commonly used to treat areas such as crow’s feet, brow lines, forehead lines and jawline. According to BAAPS, men are moving away from more radical procedures in favour of minor “tweakments”, trying to enhance what they already have, and anti-wrinkle injections are one way this is being achieved. 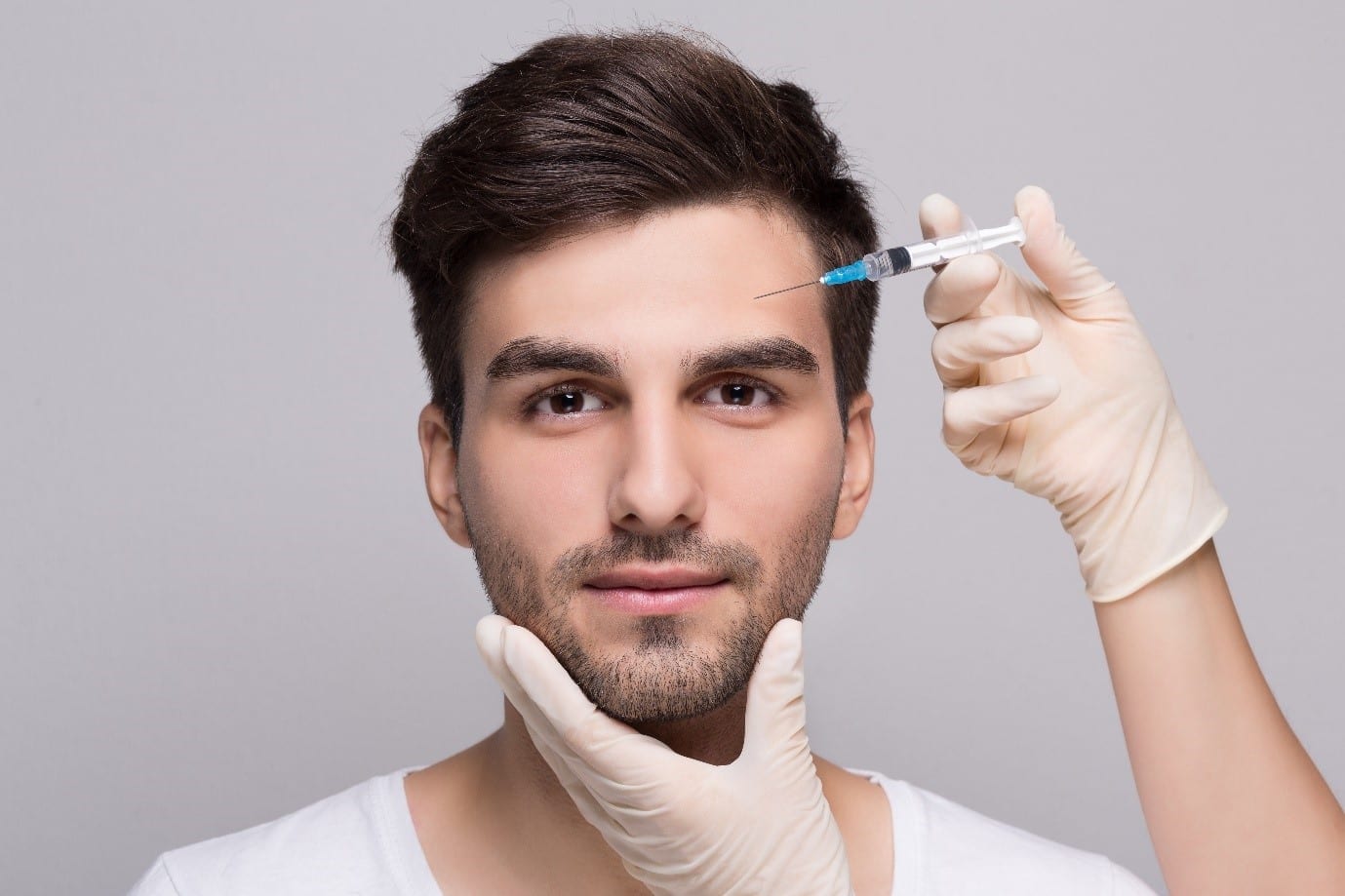 A brow lift is a procedure for rejuvenation of the forehead and eyebrows. This quick, simple procedure raises the brow to reduce the appearance of heaviness and tiredness. Repositioning the brow and forehead gives an open appearance and fresh look to the upper third of the face, as dropping brows often contribute to facial sagging and skin laxity, dramatically ageing the eye area.

According to BAAPS, these kinds of procedures in men went up by 27% in 2017. There was then a 4% drop in 2018, which may have been driven by anti-wrinkles injections being seen as the alternative.

Rhinoplasty refers to nose reshaping, also known as a “nose job”. The procedure involves enhancing and improving the appearance of larger or misshapen noses by amending the shape of the tip and bridge of the nose. They can also lessen the appearance of nostrils, make the nose more uniform with facial proportions and correct damage caused by injury. The stats from BAAPS claimed that the number of men having rhinoplasty rose by 3% in 2018.

Blepharoplasty, or eyelid surgery, is a quick surgical procedure designed to reduce eyelid dropping, remove eye bags, tighten any creases and folds in the upper or lower eyelids and lift the skin surrounding the eyes. Some of the earliest signs of ageing on the face is in the appearance of the eyes, and blepharoplasty is a popular treatment to give the area a more youthful appearance.

This procedure has proved to be particularly popular with men, with BAAPS releasing data for 2017 that showed the number of men opting for this procedure had risen 25%.

At Aesthetic Skin Clinic, we offer a broad and sophisticated range of aesthetic procedures, both surgical and non-surgical, employing the best in devices and therapies that are scientifically backed. Patient safety and comfort is of the utmost importance to us.

4 Things You Need To Know About Rhinoplasty

Rhinoplasty is the medical term given to plastic surgery on the nose, also known as a “nose...

Anti-Wrinkle Injections are a treatment that has been around for many years, and still remains...

A Masculine Guide to Better Skin: 5 Skincare Tips That Every Man Should Know

With a lot of our blog posts focusing on women’s health and beauty, you might feel like we’ve...